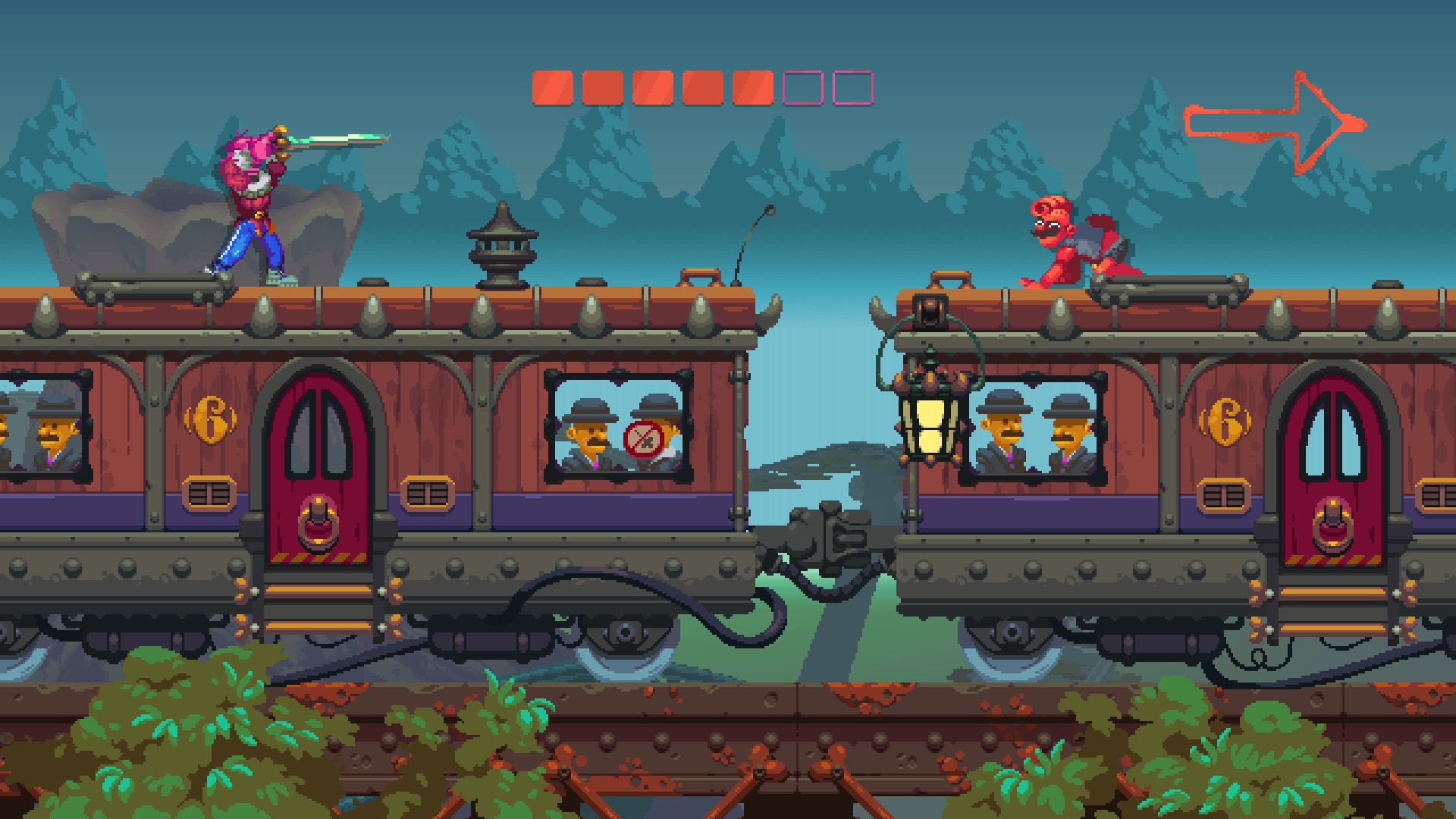 This is one we have to admit wasn’t on our radar: Messhof’s cult hit sword fighting game Nidhogg and its somewhat more grotesque sequel Nidhogg 2 have both received updates today, adding new levels to both titles.

The original Nidhogg, which features low-res 4-bit style graphics and a psychedelic style, has a spooky new level called ‘Fields.’ It features some terrific places for duels, including a graveyard and a field lit by a huge full moon, and the whole place is crawling with amorous cats (which developer Mark Essen says not to be frightened by). The patch for Nidhogg also includes a new OST track by Daedalus, and you can now make the blood splatter last permanently in each level.

Nidhogg 2’s update includes two new levels for duelling tug-of-war. Their names are fairly self-explanatory: there’s ‘Train’ and ‘Office,’ the latter of which Messhof says is modeled on the “open concept floorplan” found in the “real Messhof office in Venice California where play is work.” There’s a smiling inflatable mascot version of the Nidhogg worm giving the thumbs up near a basketball hoop and weight rack nestled into a bright purple shag carpet.